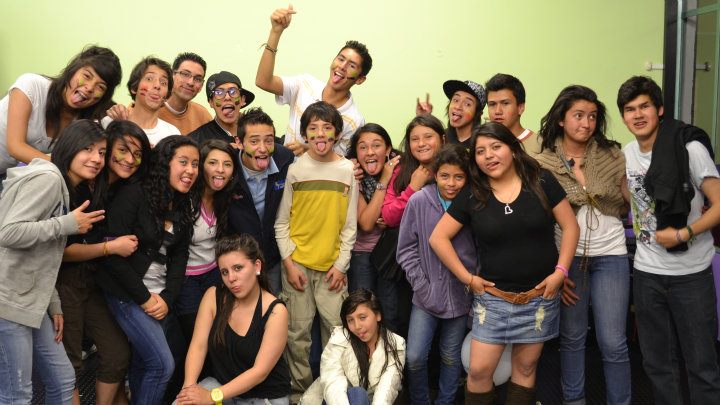 Yensen Orlando Quintero Valenzuela is a video editor and 3D animator who most recently worked on the feature film “Spider-Man: No Way Home.” He’s also an alum of The Clubhouse-Colsubsidio in Bogotá, Colombia where he says he learned many of the skills he now uses in his career.

Yensen was first introduced to The Clubhouse at age nine by his mother and it had an immediate impact. He visited The Clubhouse every day, experimenting with different software and activities until he discovered Blender, 3D animation software. 3D animation became his focus but at the time he did not imagine that it would become his profession later in life.

One particularly formative Clubhouse experience was his attendance at the biennial Teen Summit in 2012. This trip to Boston helped him to see himself traveling to other countries and cultures.

“It really is incredible that after leaving the club I have known several countries, many people and diverse cultures. This has enriched my mind and has made me a better human being, but it has also made me miss my country, Colombia because the vision of the world expands and we begin to understand better what there is outside, but also what we have at home.”

This sense of belonging both to a wider world and to a tight-knit community has become a theme of Yensen’s life. When Yensen moved to Barcelona to study 3D animation in college and to work as a video editor (using skills he learned in The Clubhouse), he still maintained his connection to his home Clubhouse in Bogotá, where he led an illustration workshop for the current members. He says, “Being able to share my experiences was fantastic.”

In his third year of college, he found work with 23Lunes, a prestigious animation studio where he worked for an additional year after school. In this position, he used Maya for animation, but Yensen credits Blender for teaching him the essential skills he needed to use that software. He then went on to work as a freelancer in Spain and Argentina until arriving in Canada where he landed the position with Sony Pictures and Marvel.

His journey to Sony was the result of both hard work and risk-taking. He says, “One day I thought, ‘what would happen if I sent my reel to Sony?’” He organized his demo reel and sent it to Sony. Much to his surprise, he received a reply. He was soon hired and he traveled to Vancouver. At Sony Pictures, he worked as a 3D animator, giving life to movements that actors cannot do themselves, making motions look natural. He looks forward to adding scenes from “Spider-Man” to his demo reel. He says working at Sony was an exciting experience where he easily adapted. “It was a fantastic learning experience and a dream come true,” he recalls.

In addition to the software skills Yensen acquired, he credits The Clubhouse with many of the additional workplace skills he needs to do his job. He says, “the animation industry is pure teamwork, there are thousands of people working in different areas for a single purpose: to develop a high-quality film that does well at the box office.” Presenting his projects at The Clubhouse in front of auditoriums full of people prepared him for speaking in front of animators and other professionals that he admires and with whom he would like to work. He says, “Without a doubt, it was at The Clubhouse that I acquired the ability to express ideas in public assertively and with ease from an early age.” The same can be said for his project management skills which he uses in his personal projects.

Yensen speaks affectionately about his time at The Clubhouse:

“Truly it was a very happy time that contributed tremendously to my life since. Today I am a self-confident person and very happy both personally and professionally, a person without fear of expressing myself and of facing challenges that apparently seem impossible, but that with work, effort, and discipline I have managed to achieve. The years spent at The Clubhouse definitely determined my personal and professional life.”

All photos courtesy of Yensen Quintero.

If you’re a former Clubhouse member, tell us what you’re up to!