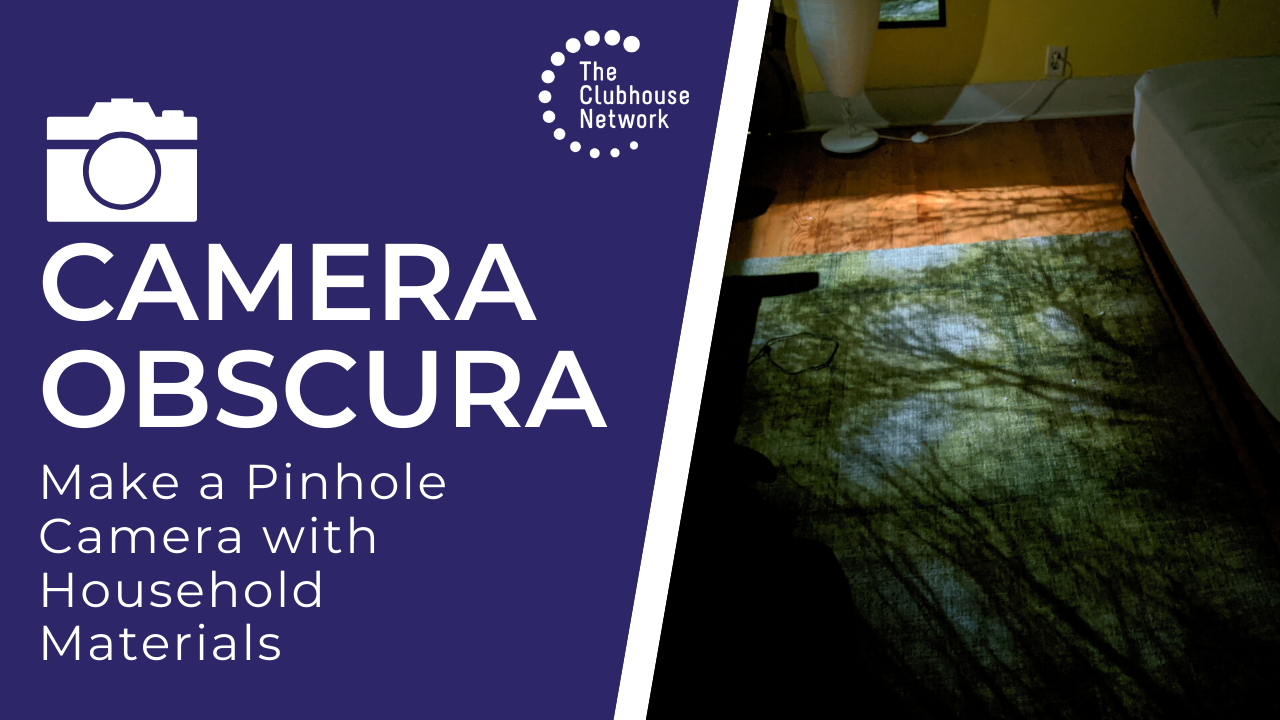 The invention of photography came from the combination of several technical discoveries relating to creating a still image and finding a way to capture it permanently. The discovery of the Camera Obscura (“dark chamber” in Latin) also referred to as pinhole image, was originally used as an aid for painting and drawing, but with the addition of light-sensitive photographic paper, the artist was able to capture imprints of the projected images. According to Wikipedia, the camera obscura or pinhole effect “is the natural optical phenomenon that occurs when an image of a scene at the other side of a screen (or, for instance, a wall) is projected through a small hole in that screen as a reversed and inverted image (left to right and upside down) on a surface opposite to the opening.”

A pinhole camera is a great way to learn the basic composition of a single reflex camera. Anyone can make either camera with a small amount of materials that can be found at home. There are countless variations of pinhole cameras found online; this is one, but please get creative with what you have!

In January 2020, a group of Clubhouse Coordinators from across Europe and the Middle East came together in Odense, Denmark for a regional gathering and attended a Pinhole Camera Workshop at the Brandts Museum.

The two images (Figures 2 and 3) are how the images appear, the second two are the results of an Inverse Effect on Adobe Photoshop (Ctrl + I on Windows, or Command + I on Apple computers), giving the image the appearance of a positive, rather than a negative.

A camera obscura is just a pinhole camera, made from an entire room. Below I’ll teach out how to make your own!

During this process, I learned a lot of things regarding building a proper camera obscura. You will need:

The first thing you want to do is to fully block out the windows with the cardboard. It is up to you as to how to adhere the cardboard. For my project, I duct-taped it to the window frame (fair warning: I lost a bit of paint from the wall when I removed the duct tape). It is very important that no light is getting through the sides or through the cardboard itself. I used curtains and a fitted sheet for additional coverage. Once that’s done, you’ll need to make sure that no lights are getting in through the doorway or other crevices. If light is getting through, block that light with duct tape or a towel. You made need to turn the lights off and on a few times to ensure you got all the light leaks.

Next, I used my box cutter to cut a small hole in the center of the cardboard, the image will project across the room on the opposite wall of this hole. The hole I started with what about 1 inch in diameter, then I expended it to about 1.5-2 inches for the final effect. It’ll take a few minutes for your eyes to adjust to the darkness, but after about 15 minutes you’ll be amazed by how clearly you can see. During that time, an image of the outside world should start appearing on the opposite wall. If you don’t have photosensitive paper on hand to capture the image, you can follow my lead and prop your cell phone up for a long exposure. Some modern phones will adjust the length of time accordingly or you also make a long exposure on a DSLR camera if that’s available to you.

If you are looking for some inspiration, check out Cuban-born photographer, Abelardo Morell, whose been making images from camera obscuras since the early 1990s. That project, in addition to many others he’s done can be found here.

As the Knowledge Manager, Stephanie Rosario Rodriguez is the champion of organization-wide knowledge-sharing, developing and managing implementation of institutional knowledge. In addition, she supports innovation and promotes the introduction and integration of new ideas from external thought partners into the Clubhouse community.