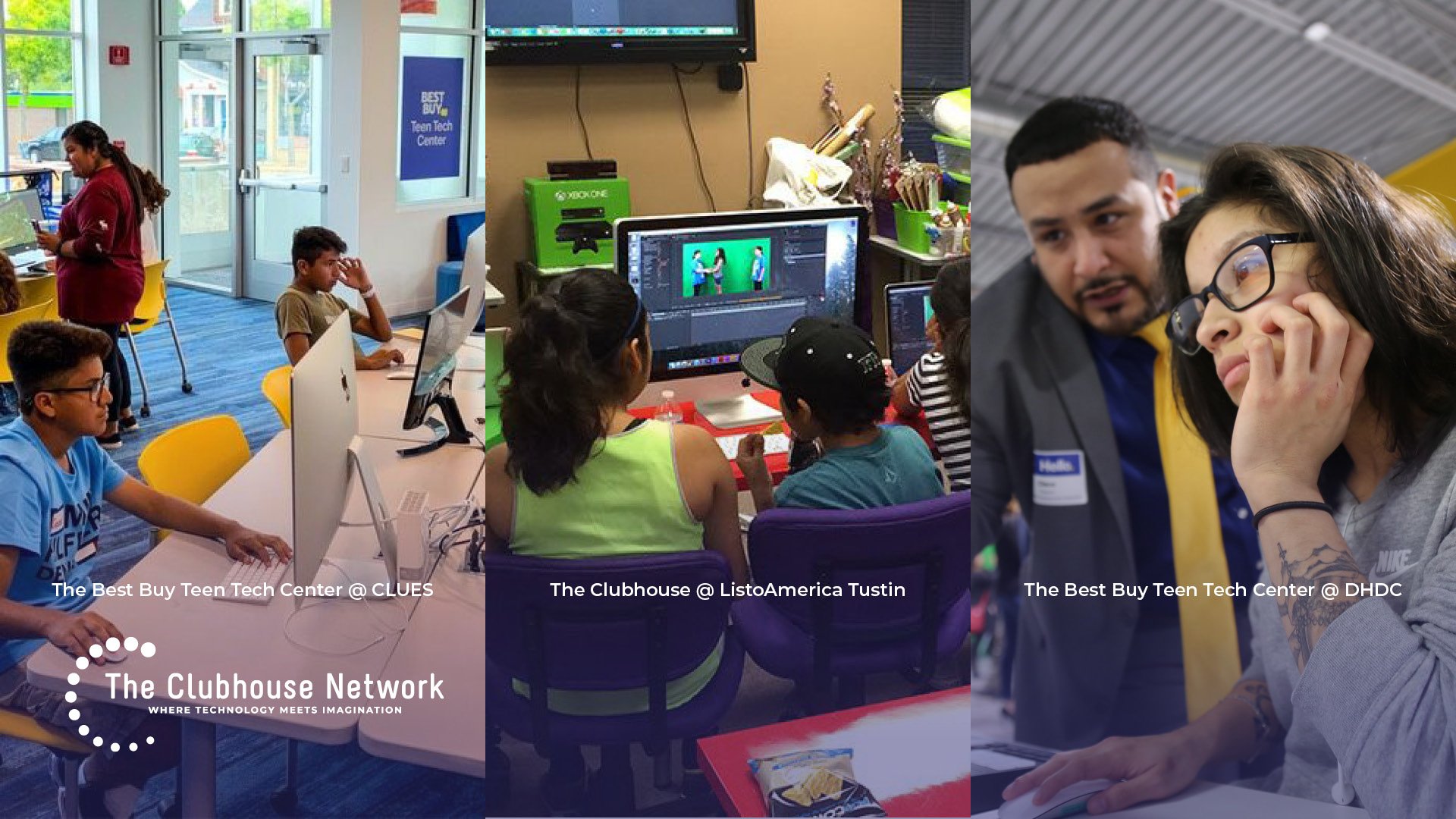 Latinidad Embraced Across The Network

Hispanic Heritage Month in the United States takes place September 15 to October 15 and is an important opportunity to recognize and celebrate Hispanic- and Latino/a/x-Americans. First established as a week in 1968, it was expanded to a month-long observance in 1988. While not a monolithic group, originating from many countries with unique traditions and cultures, Hispanic- and Latino/a/x-Americans are brought together by shared experiences and histories. This month is also an opportunity to acknowledge the tumultuous, irreparable history of colonization and imperialism of Latin-American countries and their people. The unusual mid-month start date is a nod to the date when several of these countries gained independence from Spain, including El Salvador, Nicaragua, Honduras, Guatemala, Costa Rica.

Latino/as make up 18.5% of the United States population, according to the 2019 census, and that is likely an undercount. With over 60 million Latino/a/x-Americans in this country, it’s all the more jarring to learn that Hispanic workers make up just 8% of all STEM workers, according to PEW Research. At The Clubhouse Network, we have a responsibility to help close that gap and that’s why we support STEM education for marginalized youth, including those from Hispanic and Latino/a/x communities.

In spite of the lack of representation in STEM fields, Hispanic and Latino/a/x-Americans have always been scientists, engineers, mathematicians, and pioneers in STEM fields. Hispanic Heritage must be celebrated all year long with reverence given to those trailblazers that young people can admire. Whether it’s astronauts Franklin Chang-Díaz and Ellen Ochoa, or journalist and media mogul Maria Hinojosa, the presence and participation of Hispanic and Latino/a Americans must be highlighted so young people can see what is possible. Several Clubhouses and Teen Tech Centers serve the Hispanic community, in particular, honoring and lifting up Hispanic heritage all year round, not just during Hispanic Heritage Month.

In St. Paul, MN, we partner with Comunidades Latinas Unidas En Servicio (CLUES), home to a Best Buy Teen Tech Center. CLUES is Minnesota’s largest Latino-led nonprofit organization, founded in 1981 by and for Latino/as. They work to “ensure the advancement of social and economic equity and wellbeing for Latinos in Minnesota,” which makes their center a natural home for a Teen Tech Center.

At Fiesta Latina, Teen Tech Center members shared the projects they made with festival attendees. The laser cutter is a popular creative tool in their center.

The CLUES calendar is filled year-round with culturally relevant programming for youth and adults alike.

ListoAmerica in Tustin, CA has been serving the Latino/a community since 2010. This nonprofit believes that “youth from a diverse background, including underserved communities and underrepresented STEM minority groups such as Latinos/Latinas, can be a significant source of Science, Technology, Engineering and Math (STEM) future employees in our country’s 21st-century workforce.” “Listo” is a Spanish word that means “ready, prepared” and, for ListoAmerica, is also an acronym for Latino Infusion into Science and Technology opportunities. Their commitment to community-building and culturally relevant programming sets a high bar and was studied by researchers at UC Irvine who noted the importance of the element of Latino identity and community.

Integrating family is a key characteristic of ListoAmerica. Pre-pandemic, parents would visit the clubhouse during special events or occasions and regularly drop off and pick up their children. As Gustavo Madrigal, Creative Tech Learning & Development Program Director at ListoAmerica, explained, a shared Latinx culture bonds everyone in ListoAmerica as a family. ListoAmerica staff build relationships with parents that reinforce trust, and know the youth for years from the time they enter as members until after they transition into mentors and alumni. Similarly, everyone is encouraged to bring their interests from experiences in school or real life into the community clubhouse space.

When the pandemic began, ListoAmerica was one of the first Clubhouses to pivot to online and hybrid programming for their members. Their focus on community was critical to their move from a physical to a digital space.

On the Discord server, mentors continue to extend such help to members and their families. “We’ve got that support down— we have each others’ backs,” said Gustavo. For instance, one of the mentors helped another mentor’s Spanish-speaking parents with English translation for an important legal matter.

Not unlike CLUES, DHDC’s commitment to its community is baked right into its name. The Detroit Hispanic Development Corporation is “committed to meeting the needs of their community by providing quality, innovative, and culturally appropriate services, primarily in Southwest Detroit.” 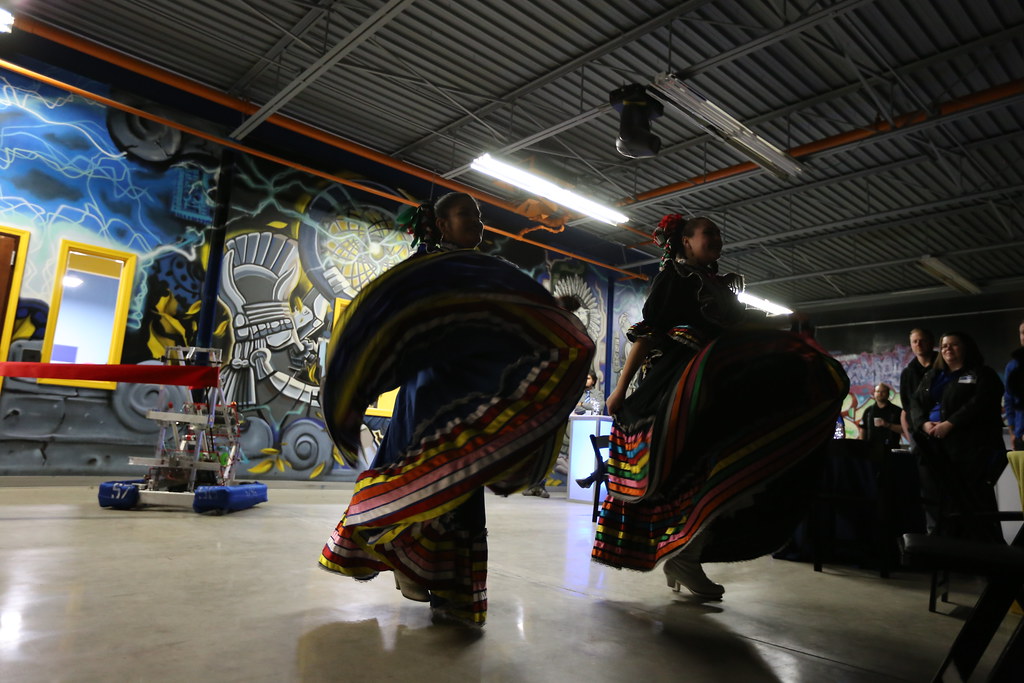 Movimiento de Arte y Cultura Latino Americana is a hybrid urban arts space located in downtown San Jose and rooted in the Chicano/Latino experience, MACLA intersects many communities, cultures, and aesthetic approaches. The participation of Latino and non-Latino audiences has been a distinctive feature of MACLA since its inception. Their patrons, audiences, and participants are 70% Latino and 30% non-Latino.

At a recent First Friday event, Teen Tech Center members had the opportunity to showcase their work for each other and the community.